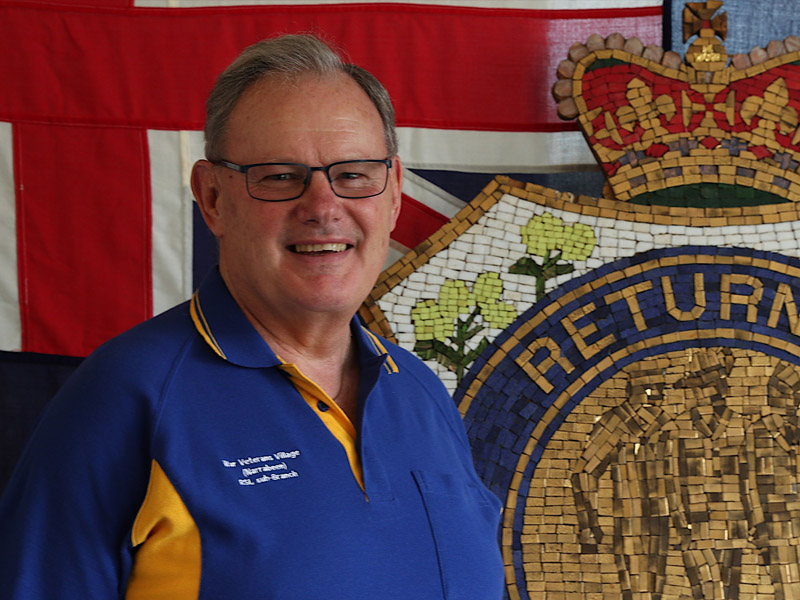 Born in 1953. Spent childhood in the Port Adelaide district of South Australia. Joined the RAN as a Naval Artificer Apprentice (NAA) when 16 and served for 20 years. Core training was as in the electrical trades with a side issue of major weapons systems.

From HMAS Nirimba went to sea in Sydney, Melbourne and Duchess before going ashore to HMAS Waterhen. Selected to learn about and write the electrical training courses for the new class of patrol boats (Fremantles) and went to England and Germany for training, before returning to Waterhen.

Back to sea in HMAS Yarra and after sea time became part of The Fleet Vibration Analysis Team, attached to the Office of the Fleet Marine Engineering Officer. This was a five-year posting before returning to sea in HMAS Stuart.

Final posting was on promotion to Warrant Officer at HMAS Cerberus taking up the position as the Quality Control Officer for the Weapons Electrical Engineering School for the RAN.

Was in the Naval Reserve until 25th June 2018 when discharged as an ‘old bloke’!

Worked at RSL State Branch NSW as the Administration Manager and also at the City of Parramatta RSL sub-Branch as the full time Secretary, Pensions, Welfare and Funeral Officer, with a collateral duty as Treasurer.

Joined the City of Blacktown RSL sub-Branch in 1990. Positions held were, Committee, Pensions, Delegate to DC, Delegate to ASC and President. Also privileged to be a State Councillor for 14 years, serving on many committees.

My part time ministry as a lay preacher began in the mid 90’s. Commissioned as a Pastor of the Uniting Church in 2010 at which time accepted the call to serve as a full time Chaplain at the War Vets.

In 2017 Bob transferred membership to The War Vets and has been the President since that time.

Joined the NZ Army, National Service in 1961 and completed basic Officer Cadet training. Posted to 2 General Hospital Medical Corp, Trentham, Wellington NZ as a Lieutenant. Appointed Major before being transferred to the Reserve of Officers after 11 years in the Territorial Force.

Interests include Cruising, Yachting, Reading. and serving as Secretary of a Strata Committee.

Transferred to War Veterans Village (Narrabeen) RSL sub-Branch in Jan 2011 and elected to positions of Secretary/ Treasurer until February 2017. Service member prior to being elected in May 2019 as Committee member and then in July as Publicity Officer. 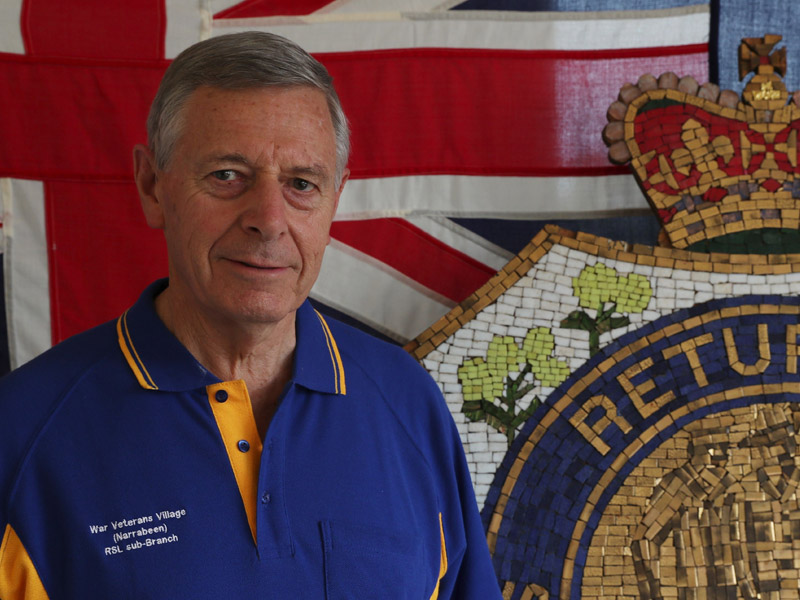 Born in Sydney 23 April 1941 and lived at Northwood on Sydney’s lower North Shore.

Dad was in the RAAF.

At age 10, moved to Brisbane and enjoyed the rest of my primary schooling at ‘Churchie’. Back to Sydney in 1956. Completed secondary schooling at Barker College, Hornsby. Following the Leaving Certificate, deferred University and accepted the offer to enter RMC Duntroon with 75 other aspiring young men in January 1960.

Had the ambition to graduate as an Army Officer with a university degree (UNSW). The link between the University of NSW and RMC collapsed in 1961. Requesting discharge in February 1962, when taking up the deferred university opportunity, working and studying part time, graduating in 1967 with Bachelor of Economics from Sydney University. Married to Elizabeth in 1966.

Work commenced as a market research officer with Colgate-Palmolive before joining the transport company that did all of Colgate’s product distribution across Australia. Attempting to gain further experience in the transport industry, leave of absence was granted before emigrating to Canada in June 1968, living in Vancouver before returning to Australia via Europe in December 1969. Two children – daughter 1970, son 1972.

In 1972 bought a newsagency at Abbotsford Point. Built up the business before selling in 1976 and moving to the Blue Mountains.

In 2006 we visited Uganda and have since been involved as volunteers with a primary school and health centre in a poor peasant village called Ibulanku. It has 240 students with 50 children sponsored and we also sponsor achievers into secondary school as boarders.

Left Leura residence in August 2014 and downsized to the Dardanelles, at War Vets RSL LifeCare Village.

Born in England, Peter is the son of a decorated Royal Navy NCO Submariner who brought his family to Australia in 1958 shortly before he retired from the service in 1961.

Educated at Manly Boys High until 1964 Peter had various jobs until he was called up for National Service in 1967. Following recruit training at Puckapunyal in Victoria, he served the remainder of his two years at Headquarters – Eastern Command at Paddington.

Leaving the Army in 1969 he joined the ANZ Bank where he worked in various branches until 1981 when he left to take up a position with a local Credit Union from where he retired in 2007.

He married Helen in 1969 – they have two daughters and three grandchildren.

He was a member of a local Apex Club for several years and has been a Justice of the Peace since the early 70’s.

Peter enjoys lawn bowls at Seaforth BC where he has been a member since 1992, cycling, kayaking and has recently started a small vegetable garden

George had come to Sydney via Melbourne ‘on loan’ for 2 years from the Royal Navy bringing his expertise with torpedo design with him eventually residing on Spectacle Island.

Needless to say the two years extended to a lifetime in Australia.

My schooling was at Balgowlah Heights primary school and then to Manly Girls High.

I was then introduced to Occupational Therapy graduating in 1970.  I chose to specialise in Geriatrics and spent formative years at Royal South Sydney Hospital in both the Rehabilitation and Mobile Therapy teams with an occasional lecture to students at NSW University.

After my 2 girls were born I found myself looking for work closer to home and was asked to join the team here at the War Vets.  My position as senior OT led to becoming Manager of the TLC, and eventually, to Manager of all Allied Health throughout the Care Homes. I held this position for over 30 years and have loved every minute of it.

I had ‘many hats’ from time to time which offered me great variety and many challenges allowing me to be very creative in extending services from the TLC, such as the development of our dementia programs and the residents holidays. The recreational therapy programs all initiated from TLC, which are now an essential lifeline for many of our residents in the Care Homes.

I have had the distinct privilege of becoming part of the lives of many of our veterans and I feel honoured to have been entrusted with many of their stories and experiences – all of which have brought enrichment         to my life.

I am excited to now look at my involvement with the Sub Branch and look forward to re-initiating contact with our veteran community. 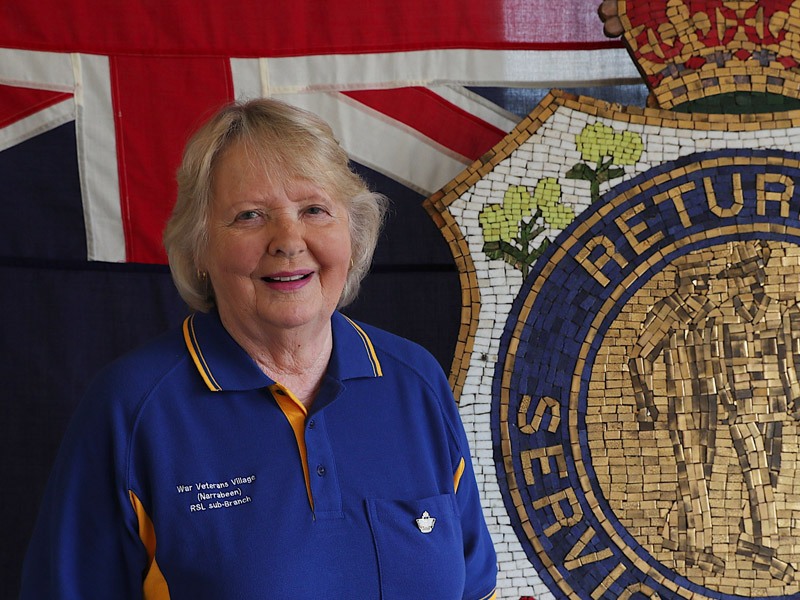 Born in Sydney in 1937. Employed as a High School Teacher of Science, English as a Second Language (ESL) and Special Education. Taught at many Northern Beaches High Schools, including Pittwater House for 9 years. Also taught English at a University in Tokyo, Japan for 5 years.

Father was a Bomb-Aimer in the RAAF. He trained in Canada ending up in RAF Squadron 199. Was killed in a Stirling Bomber which crash landed in England.

Joined the War Veterans Village (Narrabeen) RSL sub-Branch as an Affiliate member in 2014 and have occasionally helped Pattie Page with member contact and visitation. 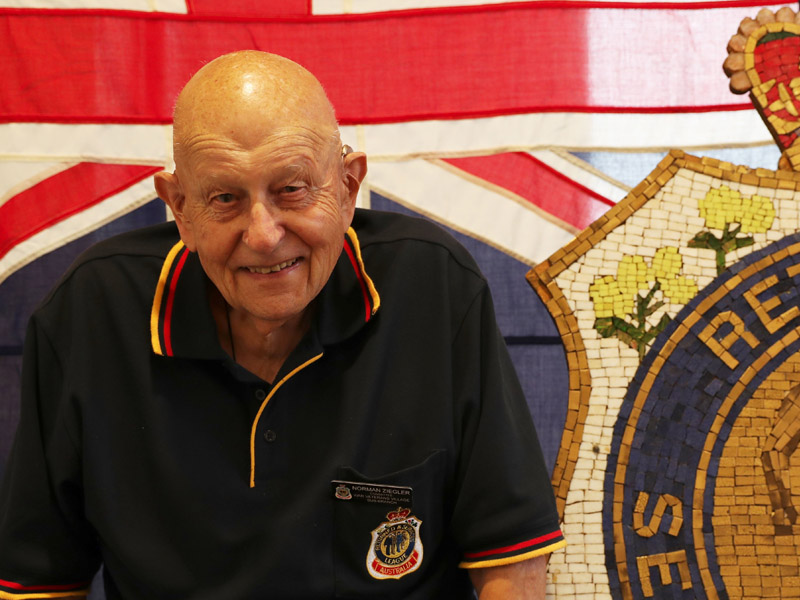 Have had many roles in employment – Chemist delivery boy, Film projectionist for Hoyts & Greater Union theatres, Film inspector Universal Pictures, all in South Australia before retiring to join the Navy.

Back to Wrigley’s as Sales Manager before opening my own business “Warringah International Travel Service”, in Brookvale. This was purchased by Thomas Cook, enabling me to retire to the War Vets RSL LifeCare Village here at Narrabeen.

Military service was in the RAN as a Leading Torpedoman as cinema projectionist.

My interests include golf, baseball, swimming, lawn bowls and photography.

Joined RSL NSW on discharge from RAN in 1946 at the Sydney Showground. Member of sub-Branches at Mosman, Manly, Harbord, Avalon, Palm Beach, Pittwater and now War Veterans Village (Narrabeen) RSL sub-Branch, where I have served on the Committee since 2011. 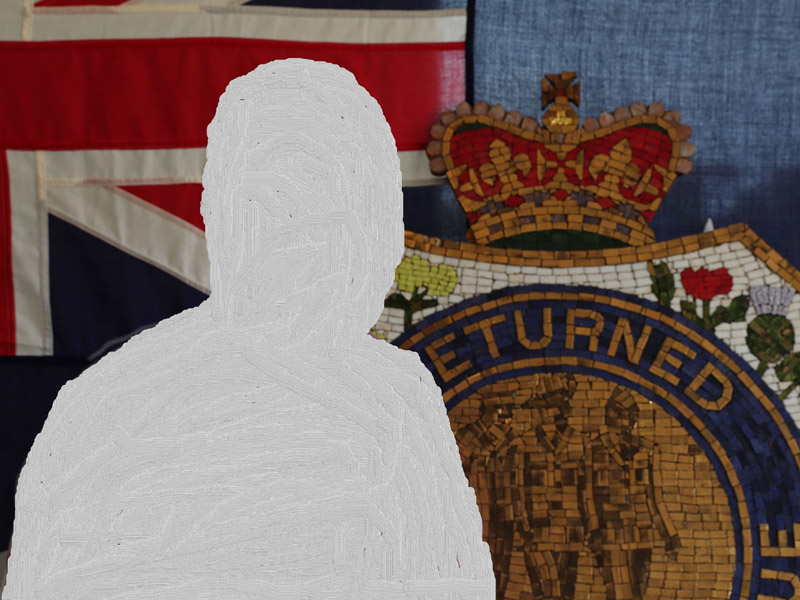 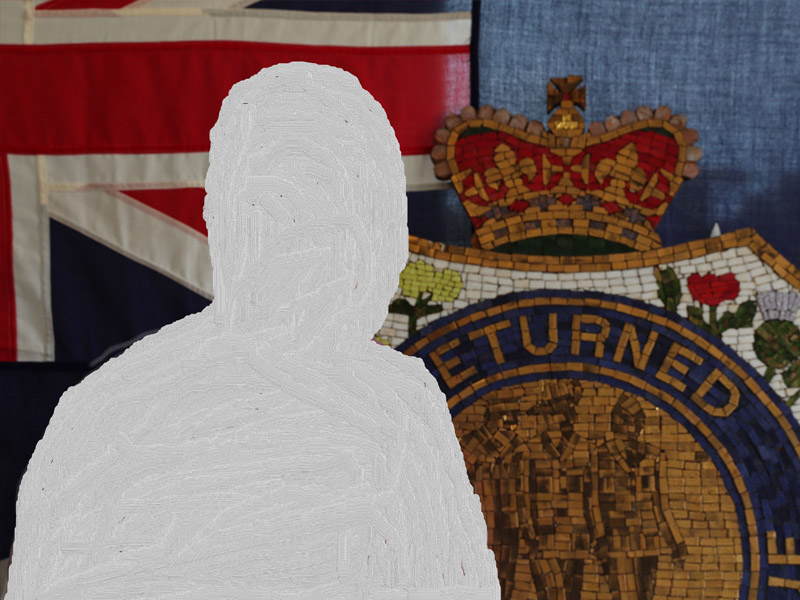